The Anson & Deeley boxlock, patented in 1875 by two employees of Westley Richards, William Anson and John Deeley, the simplest, most reliable and most successful action design, is identified by two pins spanning the width of the action, one at the bottom rear and one slightly forward and higher, upon which the sears and hammers, respectively, rotate. A third axle, forward on the bar of the action, provides a fulcrum for the cocking lever. 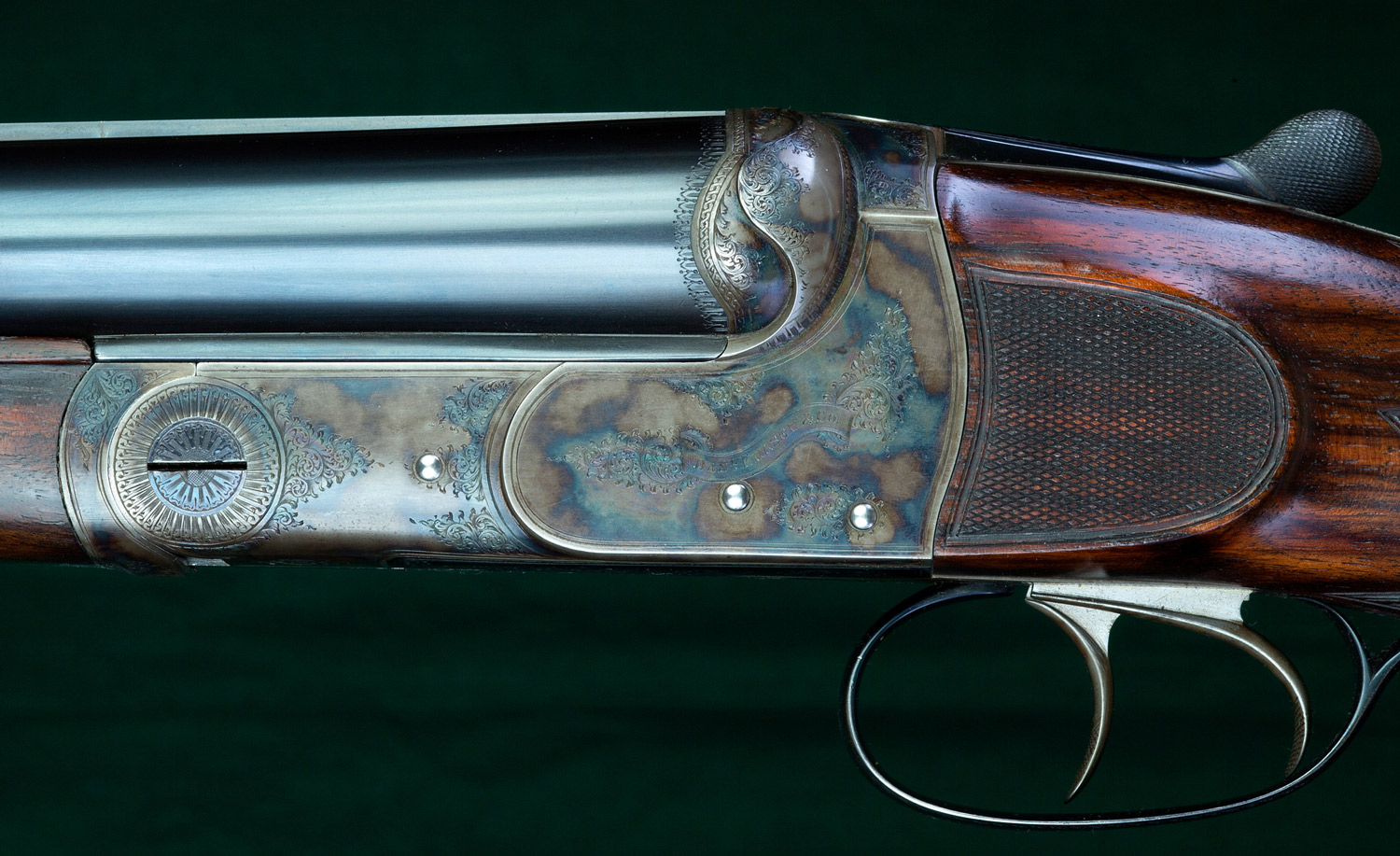 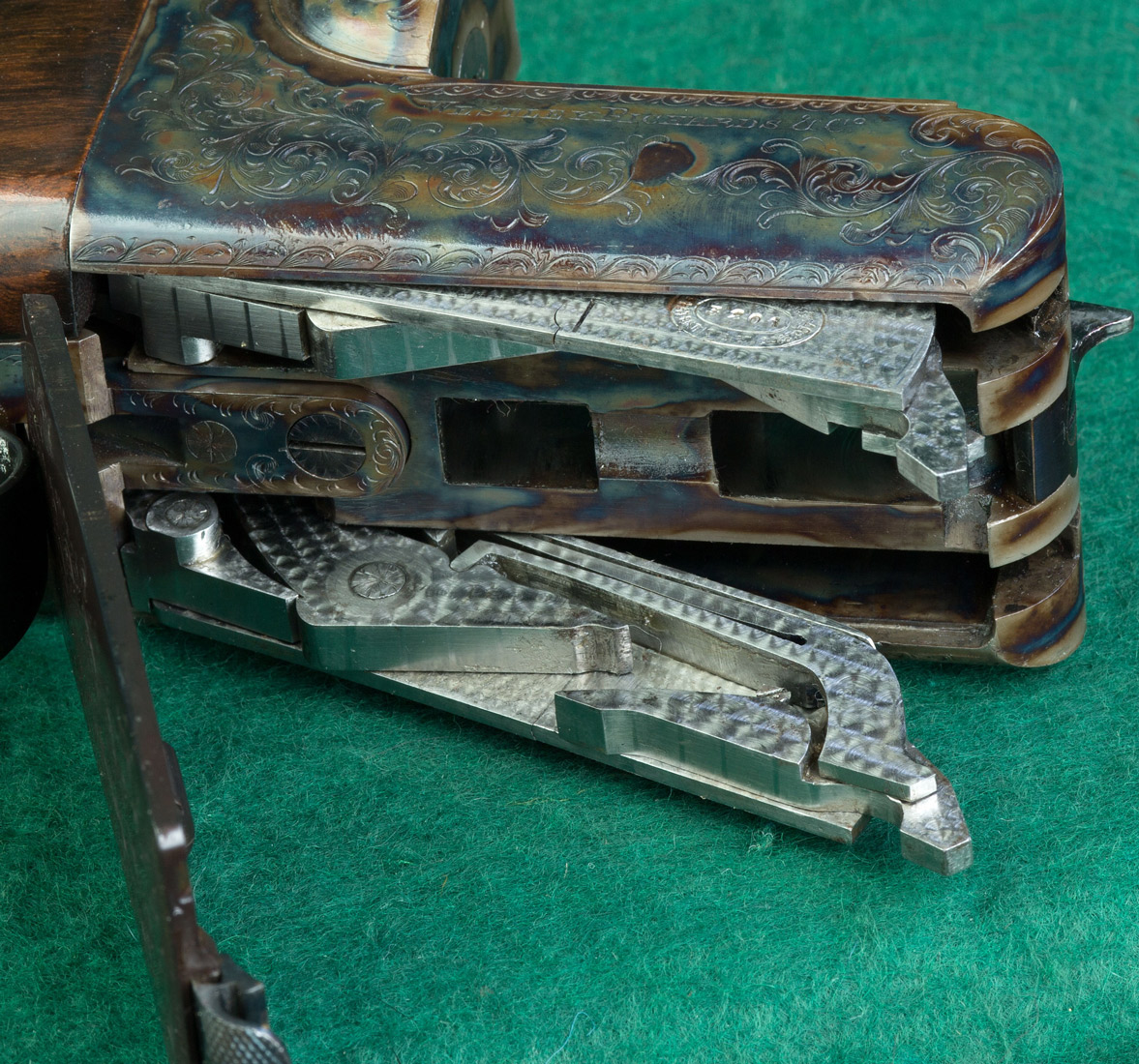 A removable Anson & Deeley lock, removed from the [boxlock] action. The concept designed by Westley Richards for ease of inspection, drying, cleaning or repair.

Sideplates - Decorative steel plates mounted to the sides of a boxlock break-open gun, inletted into the receiver and into the wood just behind it, to make the gun resemble a sidelock in appearance and to provide a greater area for engraving. Sideplated guns, usually, can be recognized by the lack of action pins visible in the sideplates (although some sideplated guns are built with fake pins). 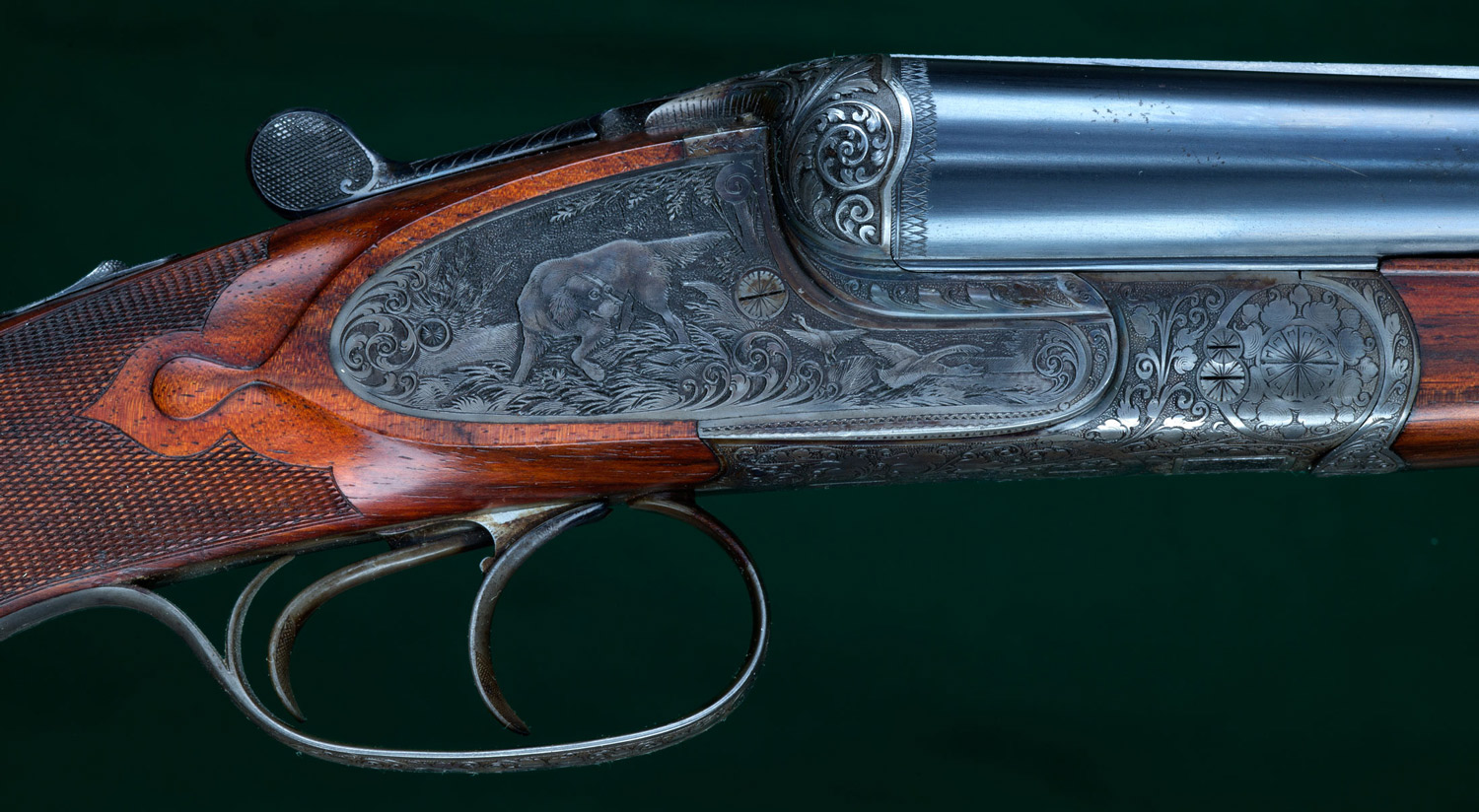 A boxlock, with decorative sideplates to mimic a sidelock.