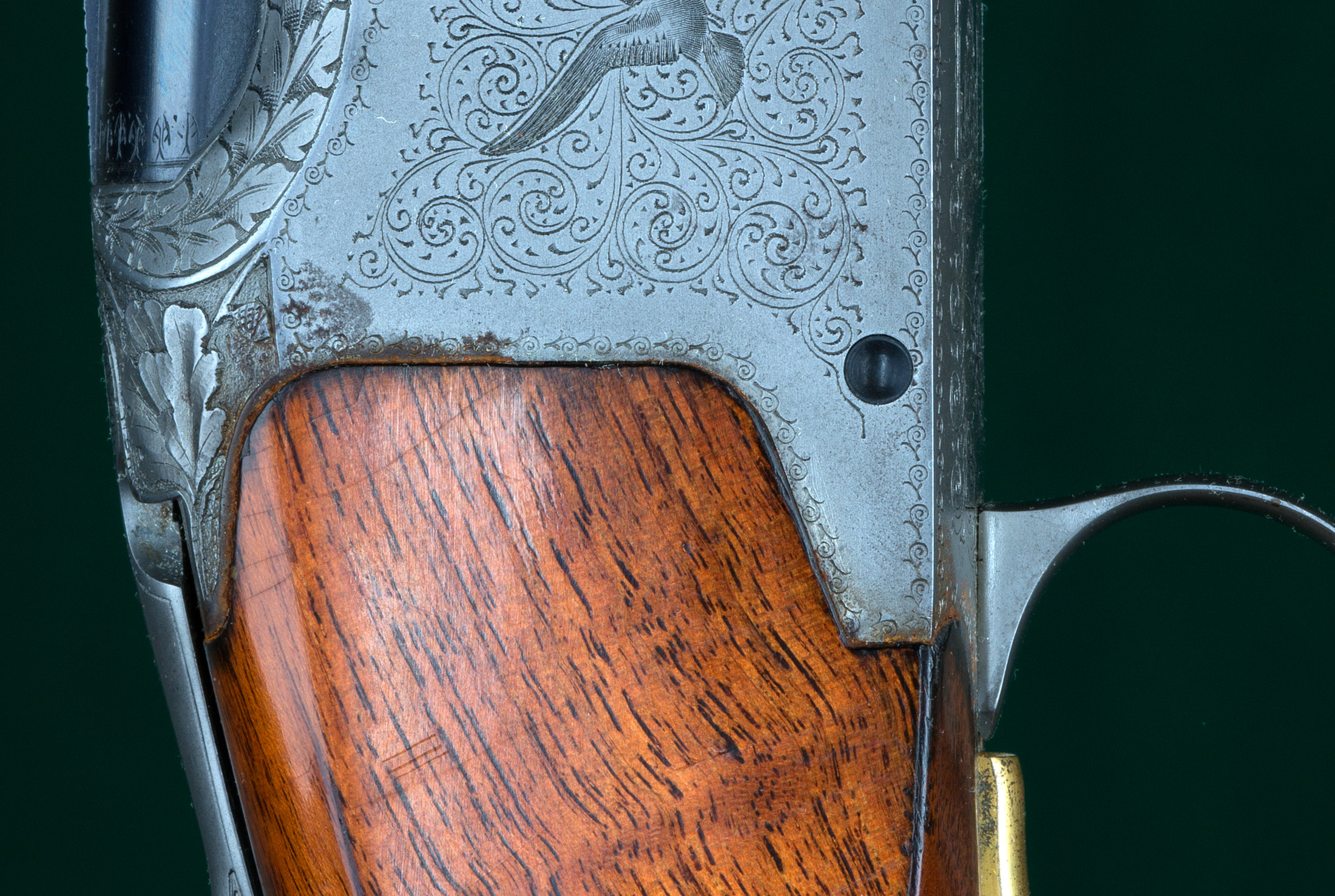 Salt Wood - An unfortunate issue suffered by Browning in the late 1960s where a supplier had accelerated the drying of gunstock wood blanks by lacing them with [hygroscopic] salt. While the salt did draw out moisture, its residue reacted with the subsequently-fitted metal parts, causing corrosion---commonly known as rust---where they joined. Pristine, unfired guns, even with latent salt may not manifest the problem because moisture is needed to initiate the corrosion. It may be tested for by applying a drop of silver nitrate to an unfinished area of wood (such as under the buttplate): it should not turn white and it should not bubble. Browning was most honorable in addressing the problem, re-stocking guns and refinishing metalwork for original owners. But, alas, no more. Guns built from 1968 until 1971 were most likely to exhibit this problem. Use caution when considering the purchase of guns built during this period.

Our inventory is constantly changing. Please bookmark this site and return often.